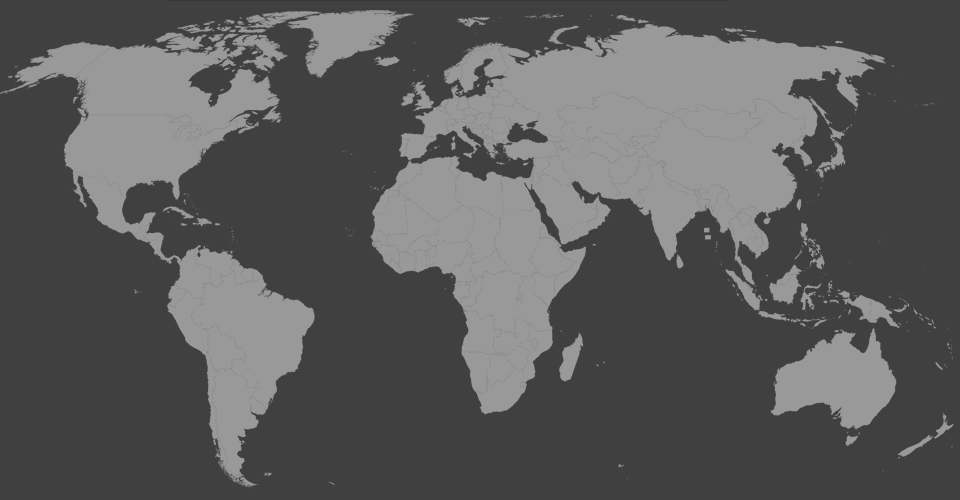 Coralarium is situated in the clear shallow waters of the largest lagoon in the Shaviyani Atoll on the island of Sirru Fen Fushi. The work is a semi-submerged tidal gallery that exhibits a series of sculptural artworks on the skyline, on the inter-tidal waterline and in the seabed.

At first glance, the glistening metallic structure appears as a mirage on a horizon. Located in a remote turquoise Maldivian lagoon, figures come into view on a shining cube, taking in their Indian Ocean surroundings from their elevated vantage point. On closer inspection, the figures reveal themselves as a series of sculptures, encrusted with the coral of the lagoon.

Viewed from the water, thirty hybrid forms, part-human, part-plant, part-coral, symbolise the dependence of humans on the natural environment. Moulds of endemic banyan trees, screw pines and corals are integrated with casts of local people to demonstrate our connectedness.

Viewed from the shore, the stainless steel cube reflects all the light from the horizon and brings together the sky and the sea in one art installation.

One of the sculptured figures is Young Charles, found sitting at the entrance, legs dangling over the side. A slightly morose figure who is none too impressed with the world he is bequeathed, he sees the reality while the adults around him remain wilfully oblivious. The stubborn ignorance of adults about our impact on the natural world and the subsequent legacy we are leaving the next generation is a recurrent theme in Taylor’s work.

Coralarium takes these ideas and gives them a distinctly Maldivian twist. Dead coral collected from the shore, white calcium carbonate formations that take on the appearance of bones, are embedded in the sculptures, demonstrating how the coral reefs are part of the DNA of Maldivians. The coral is also a warning sign for the Maldives, screaming loud and clear of the crisis swirling under the surface of the water that threatens the very future of this low-lying nation.

Hope presents itself in the evolution of the sculptures. Over time, the submerged human forms will be colonised by the coral and sea life surrounding them and they will become the foundation for a new ecosystem.

Coralarium is one of the most complex and ambitious of Taylor’s installations. The gallery cube, which is six metres tall and weighs over 180 tonnes, was constructed in the UK and assembled on site.

Coralarium is accessible by boat or a short swim from the shore and is open to snorkelers and free divers.

* In September 2018, in a highly politicised event two days before the general election, the government of the Maldives removed and destroyed all 30 sculptures of Coralarium which they deemed to be idols and therefore anti-Islamic. Discussions are underway to replace the artworks.

I wanted to create something that existed between two worlds, a bridge that allowed us to see through the surface of the sea. A way to re-imagine our interactions with the natural world and form a controlled space where marine life can come and go as it pleases.